Last weekend was the third time the BKC members squared off against one another in a 5 event strength contest. The previous winners Liam Smith and Sam Murray were not in attendance, leaving the door wide open for last years runner up’s Trineta Watson Tripp and Conway Leamen to snag victory and take first place. 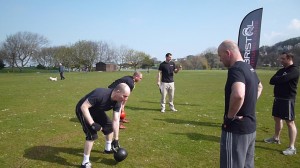 The events were as follows

Single bell press – Competitors clean the bell from the ground to the rack position and lock it out anyway they can. The bell must be held momentarily before dropping to the ground to re-clean back up for as many reps as possible in 90 seconds. Men used a 32kg and women a 20kg.

Front Squat – Competitors clean two bells from the ground to the rack and complete as many full depth squats as possible in 90 seconds. Men used 2 x 24kg and women 2 x 16kg. 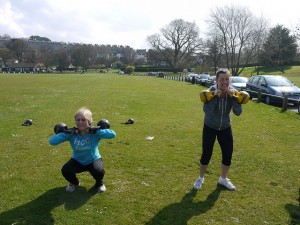 Crucifix – Competitors clean to bells to the rack, press out overhead and slowly lower on straight arms until in a cross position. The timer then starts and the winner is the one who holds the bells in this position the longest. Men used a pair of 12kg and women a pair of 8kg. 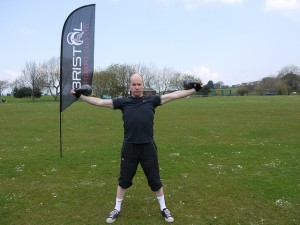 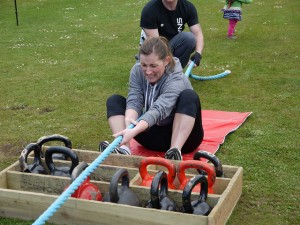 Farmers walk – Competitors stood up with the trap bar loaded with bells either side and walked for distance. Men carried 116kg and women 76kg. 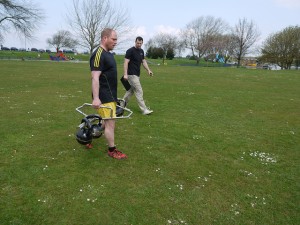 The ten competitors put everything into each event and in some cases had not even attempted such heavy lifts in their regular training.

Everything was tested, grip strength, endurance, experience, technique, agility, structural integrity, grit and determination. At the end of the 5 events the results were as follows 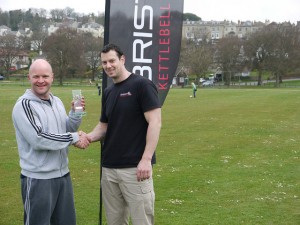 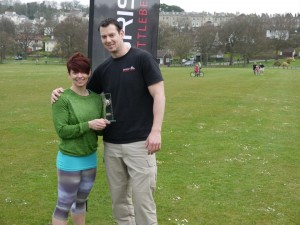 Ten points were awarded for 1st place, eight for 2nd, six for 3rd, four for 4th and two for 5th.

Last years female runner up Trineta won all 5 events and beat her closest competitor Sarah by 16 points. In the men’s contest, Conway and Huw were very close all the way through and were only separated by two points come the end. Newcomer to the club Paul Barrett showed his strength by winning the sled pull event, and would have won the farmers walk if his bells hadn’t slid off the bar as he went around the corner!

All in all it was a great day, I’d like to thank all competitors for stepping up to the plate and giving it a shot. Hopefully you broke down some of those mental barriers we put on our selves and realised you are actually stronger than you think!

I’d also like to thank other club members for coming down to support the event and help with setting up.

Here are a few more pics from the day, hope to see a few new faces getting involved for the next contest in September.